The newly inaugurated Lesotho Minister of Health Honorable Motlatsi Maqelepo issued a statement to inform the nation that second COVID-19 case has been confirmed.

The statement which accompanied by the one published by the Director General of health services Dr Nyane Letsie indicated that amongst the 18 specimens that were pending one was tested positive for SARS-cov 2.

The total specimens were 274, but 273 tested negative, while one tested positive. These tests came after Lesotho received the nationals from South Africa from 12th to 17th May, 2020.

The Minister is concerned that people who were instructed to be quarantined after being tested negative did not comply. They continued to perform their daily errands as if nothing happened. 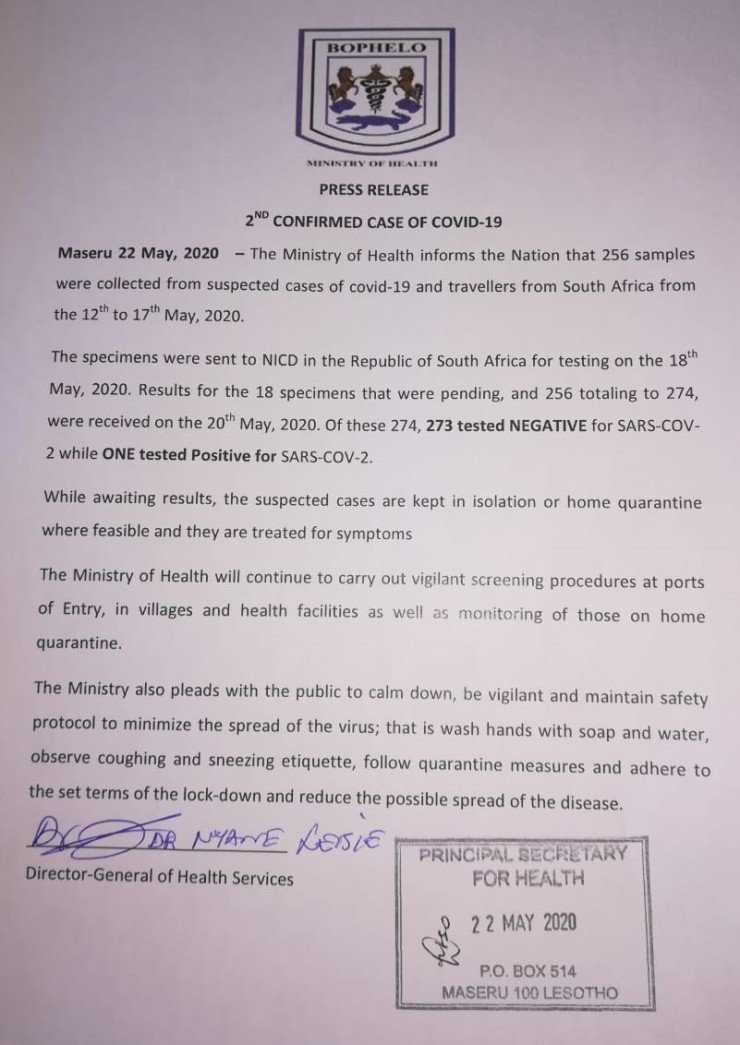